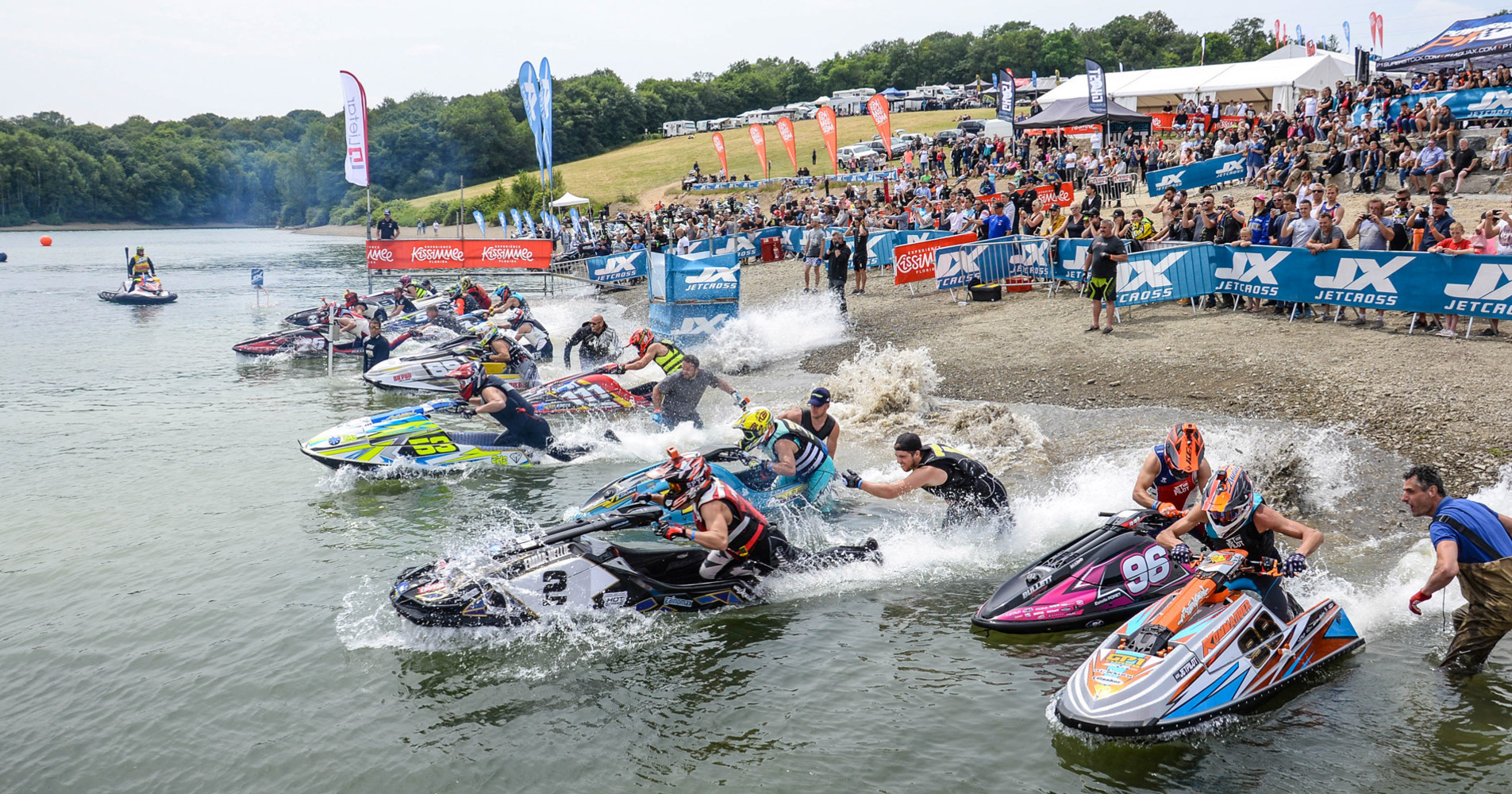 Big attenande will be expected for the Pro Ski JX1 class 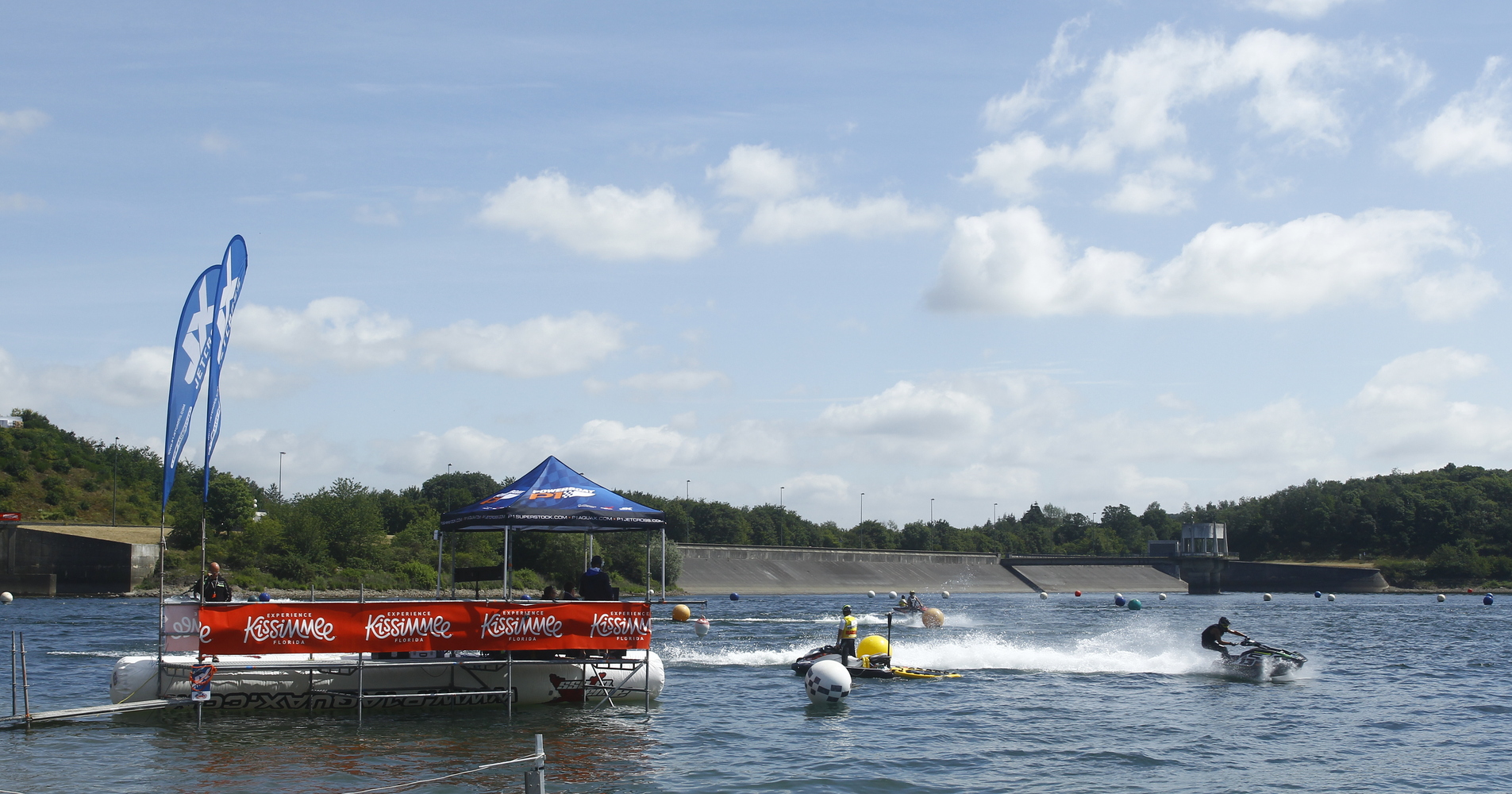 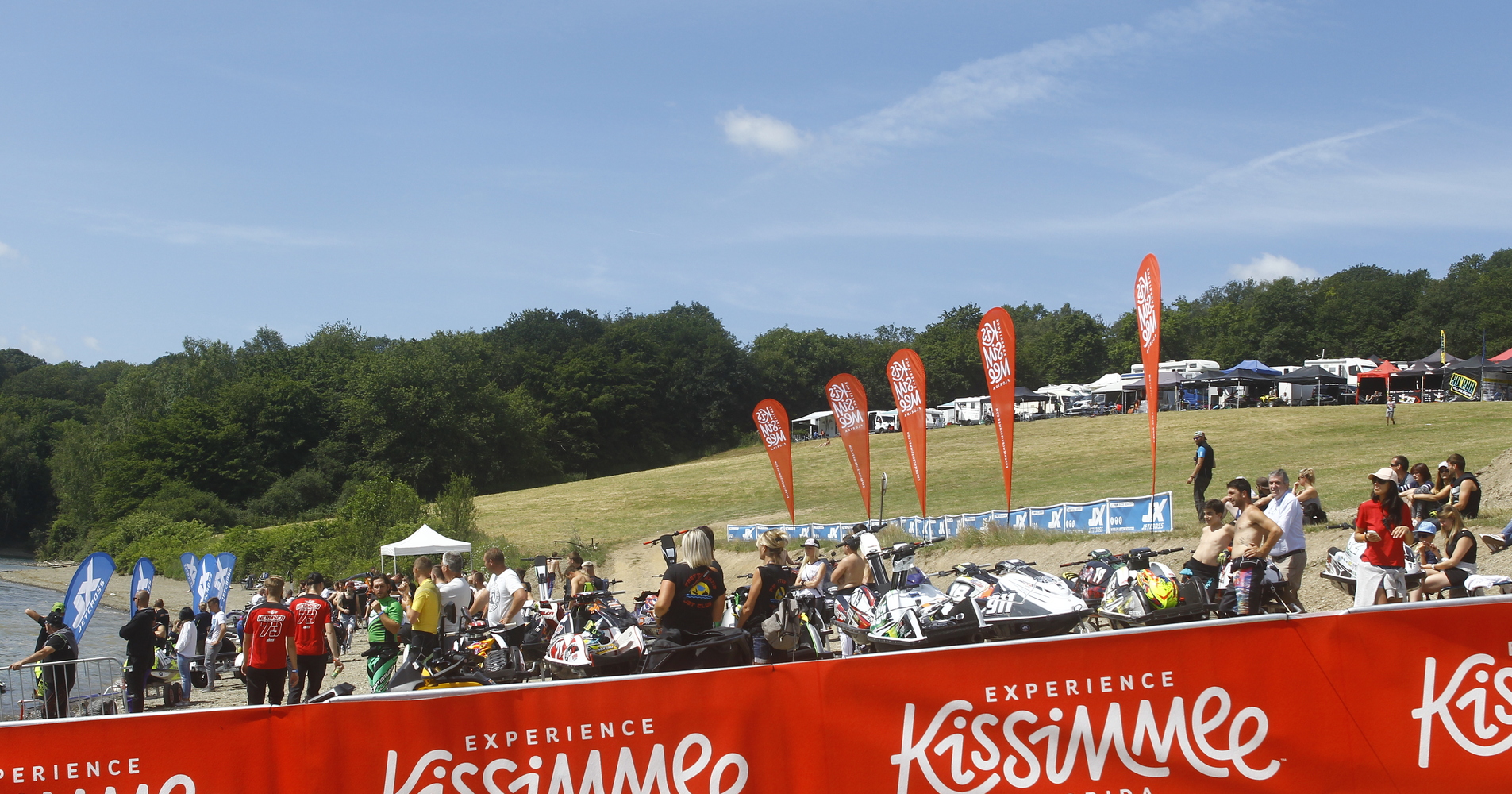 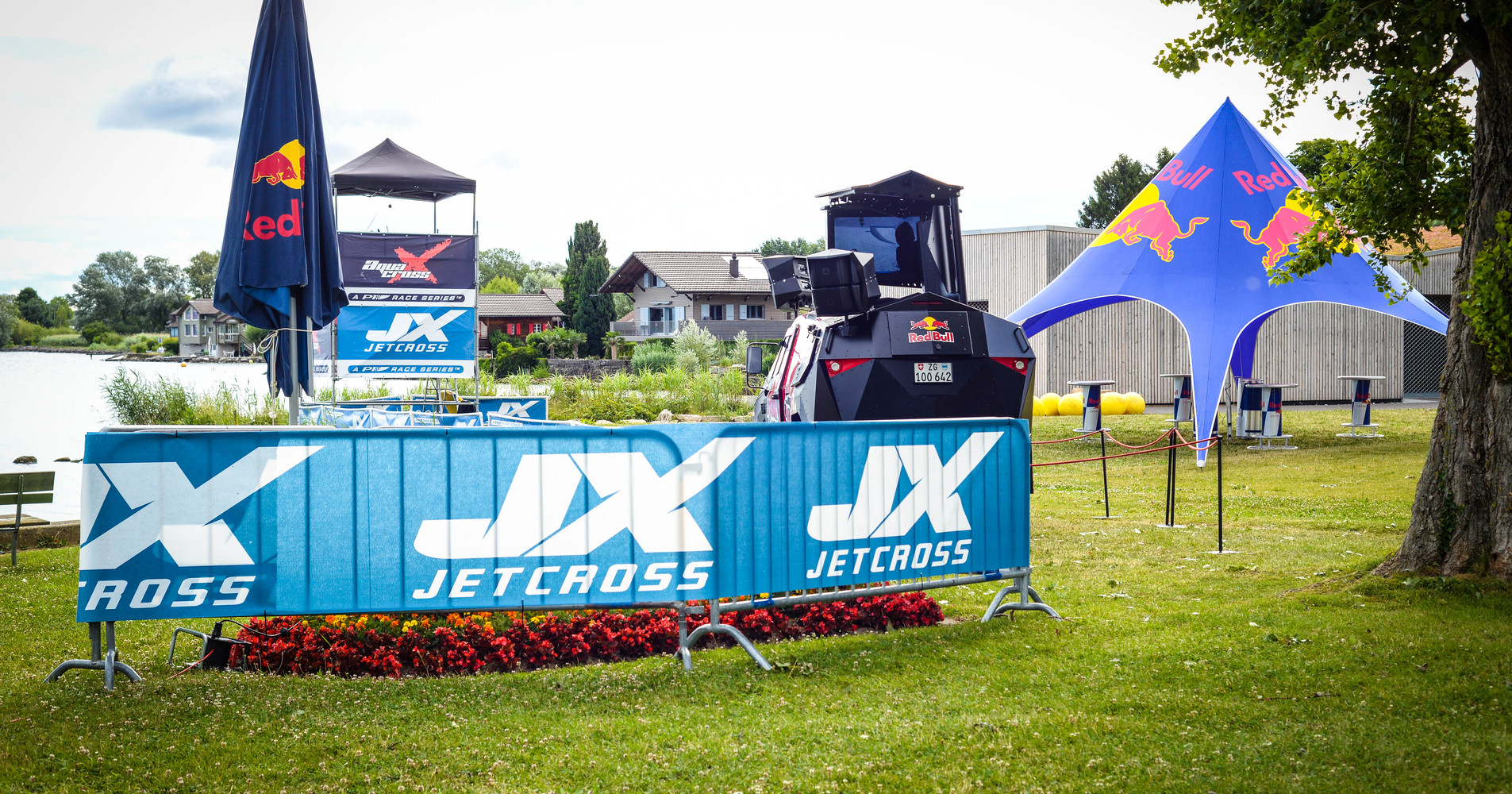 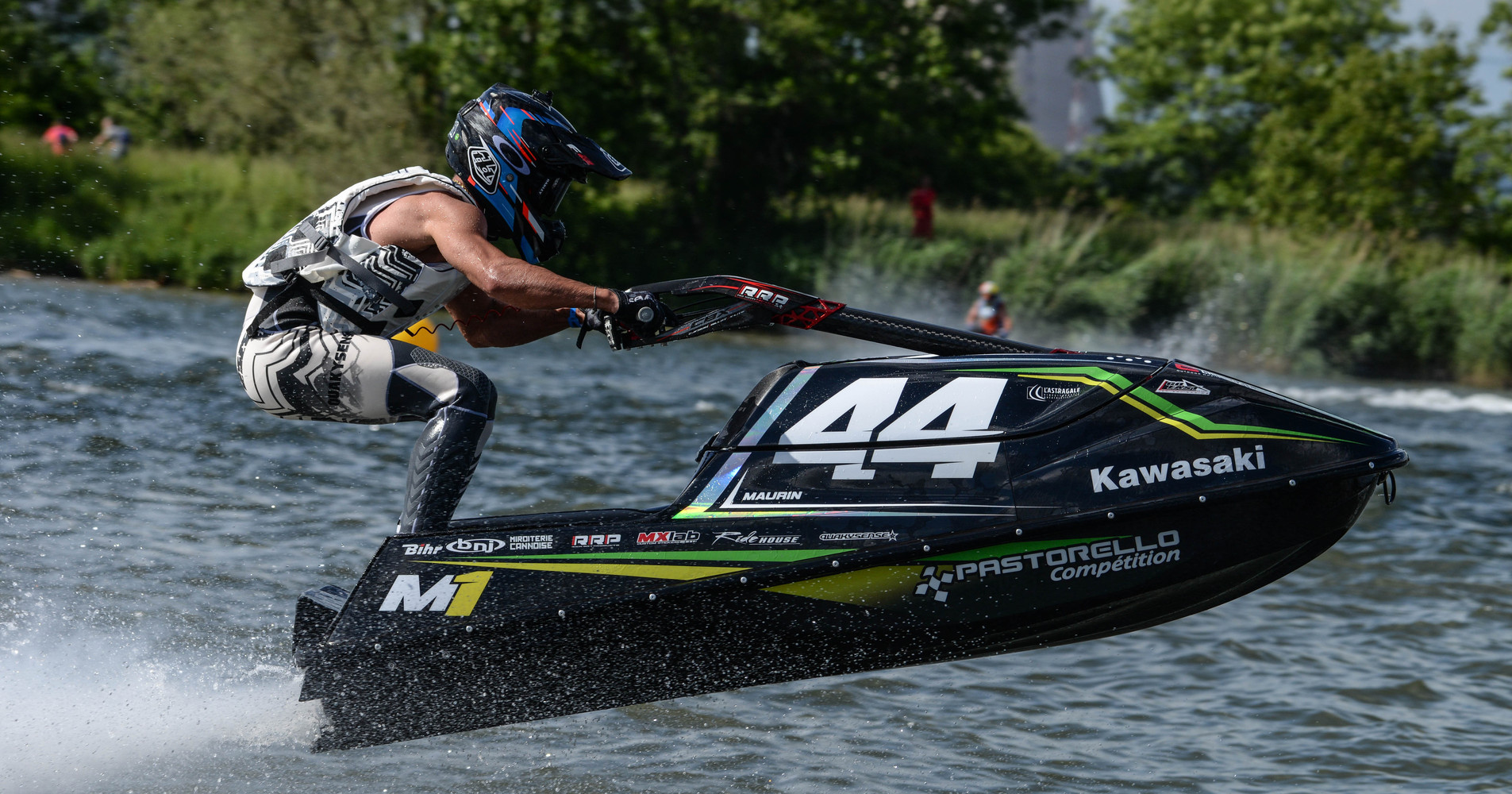 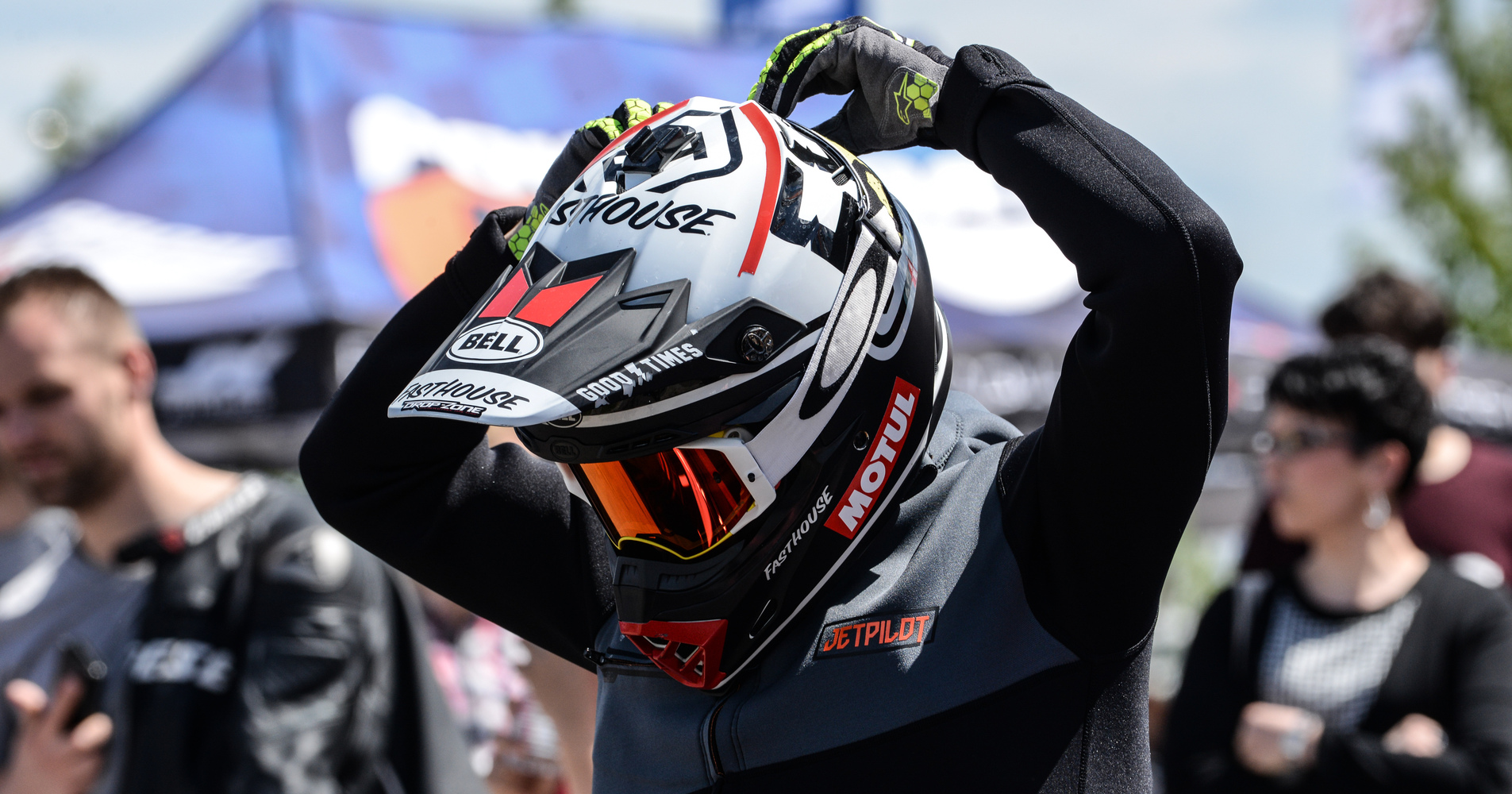 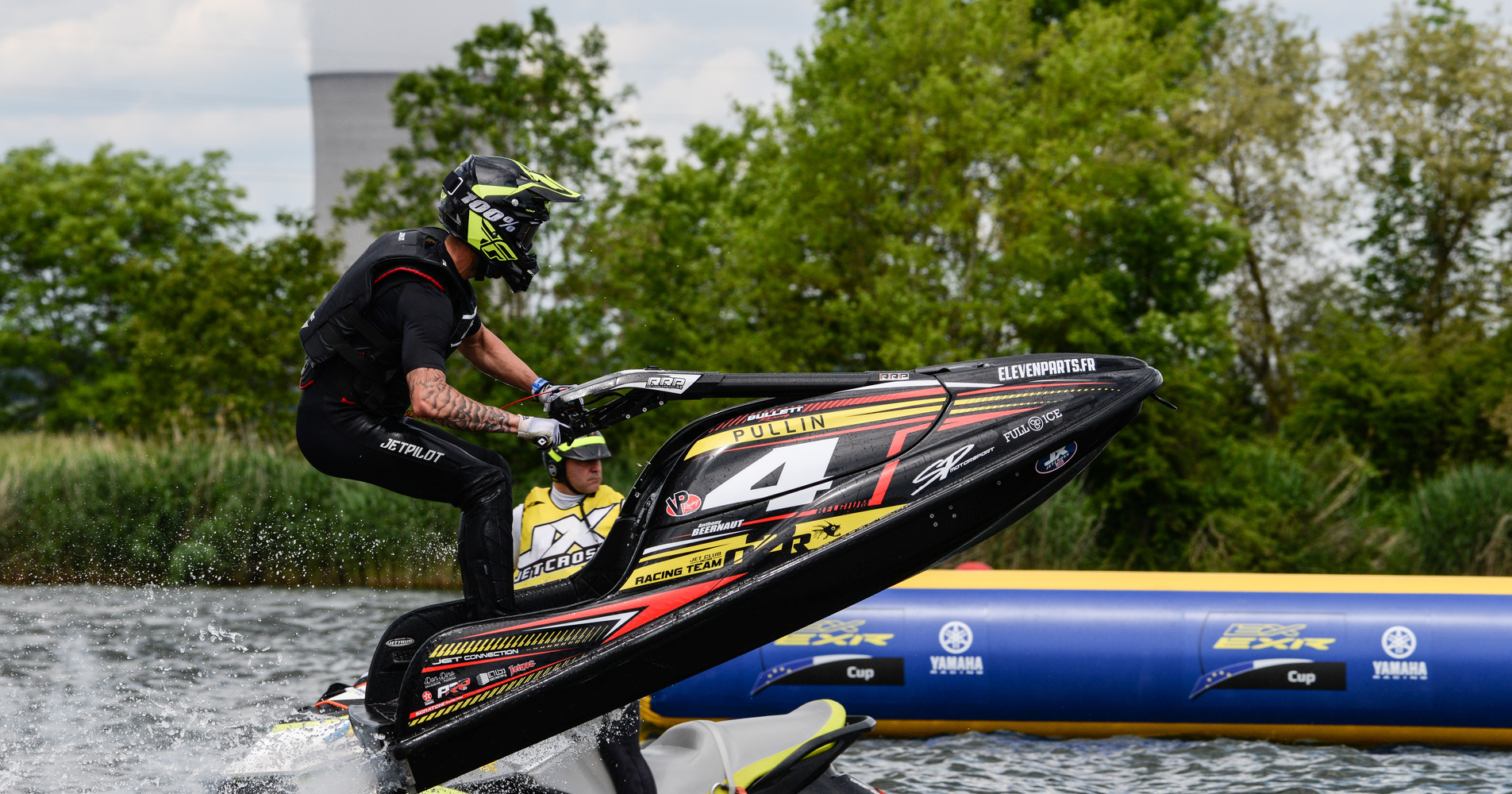 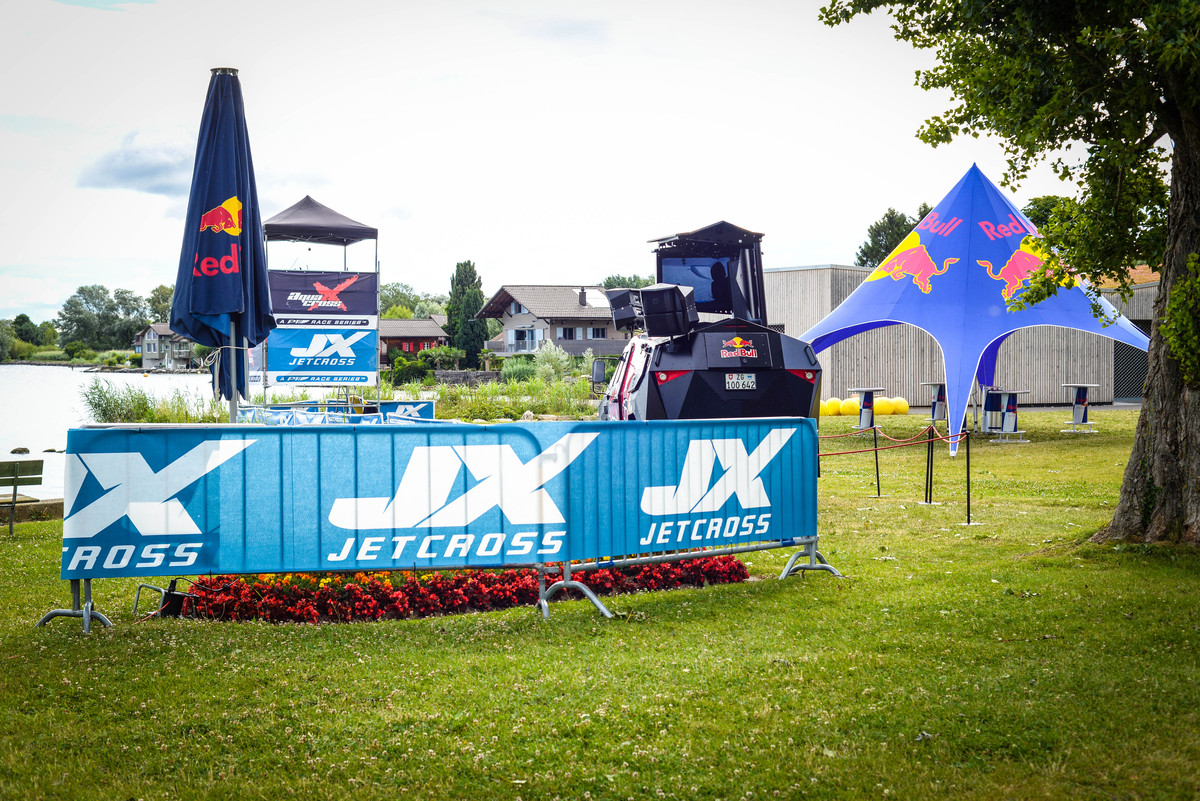 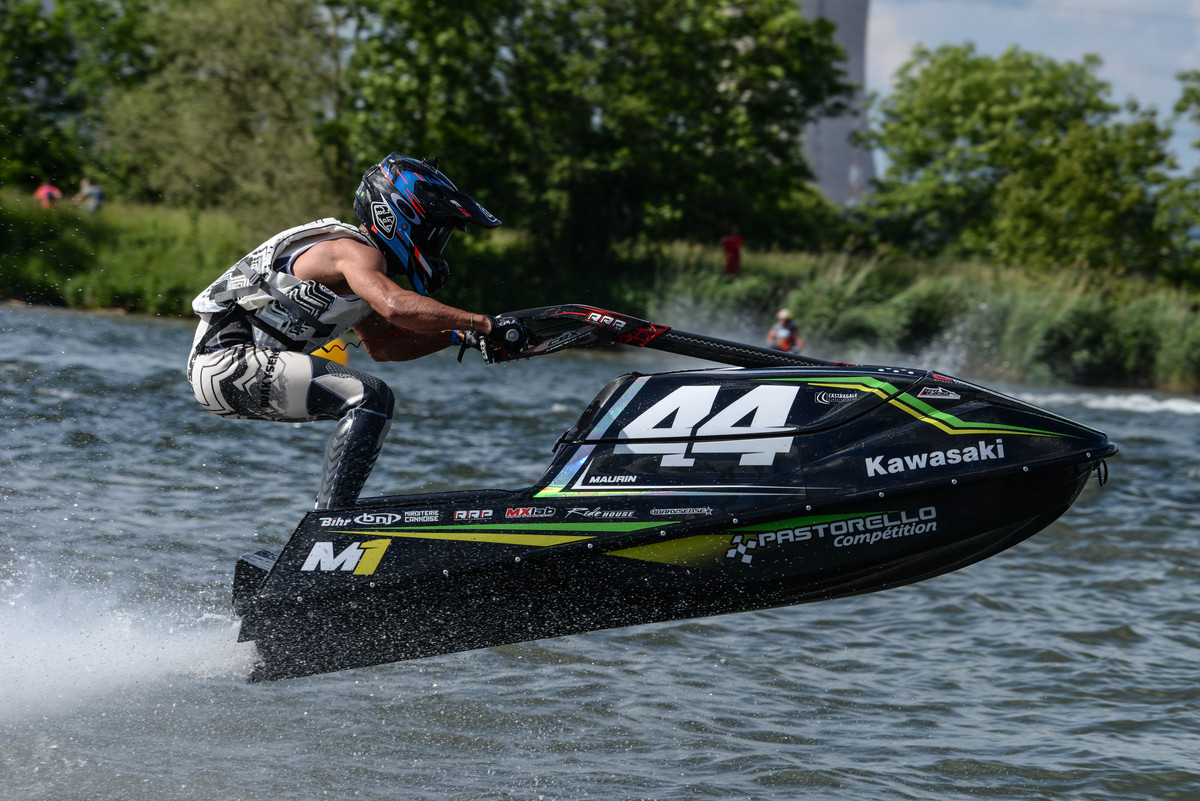 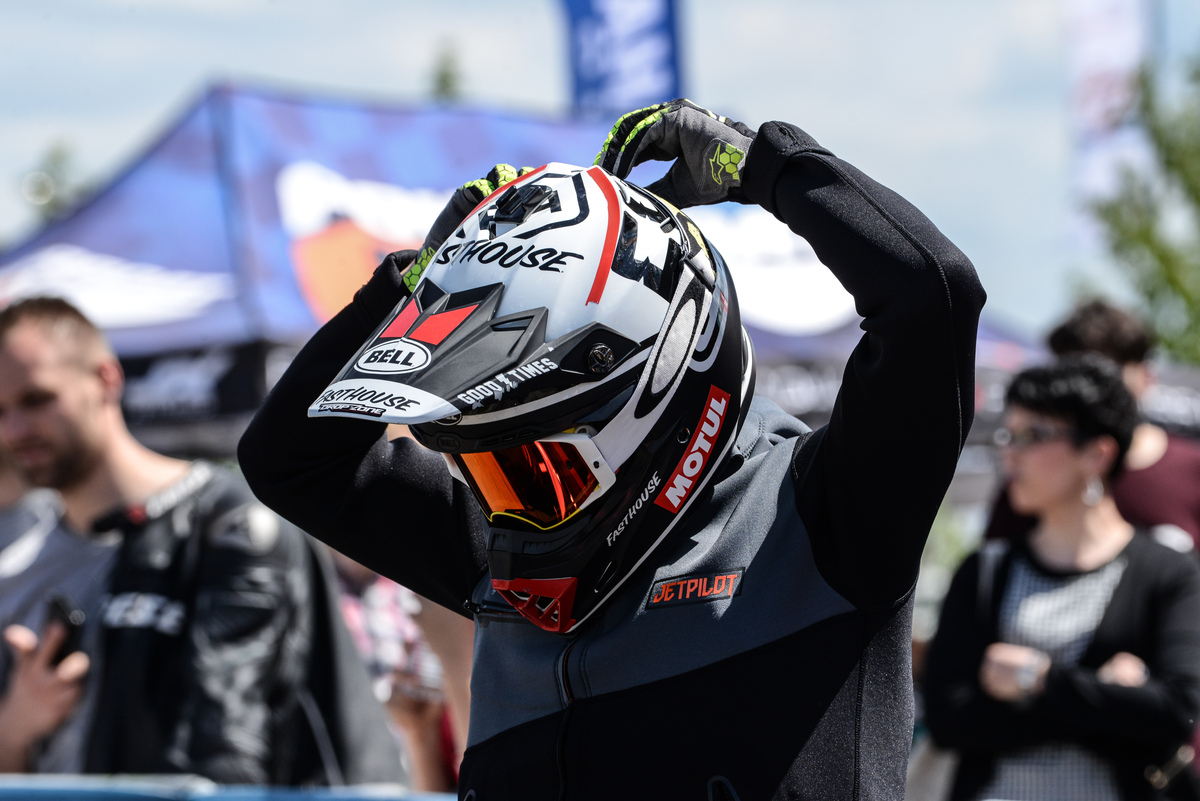 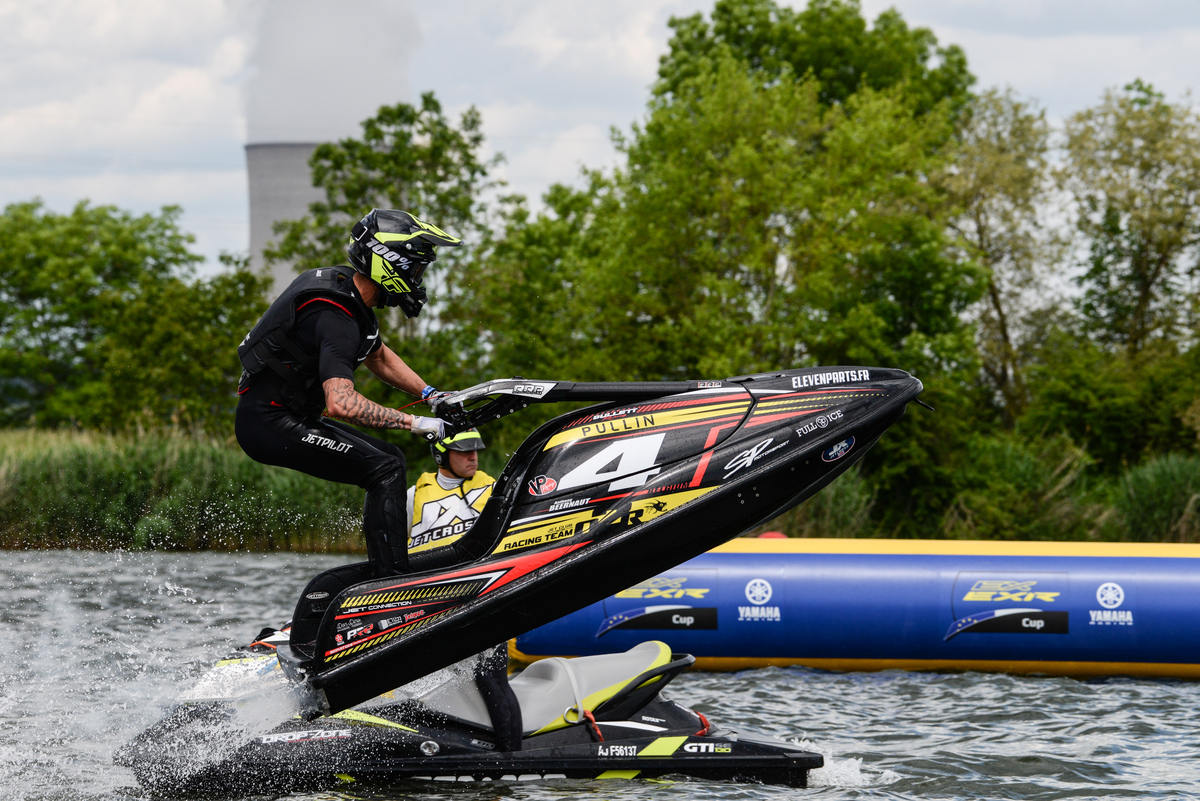 The third round of this year’s P1 Jetcross international series later this month (June 22-23) will see around one hundred riders from 12 countries head to Belgium’s home of jet-skiing. Spanning some 4km and famed for its world-class facilities and beautiful environment, Les Lacs de l’Eau d’Heure will host the Jetcross Grand Prix of Belgium and serve up a feast of stand-up racing featuring professional and amateur racers.

Julien Bastien, Head of P1 Jetcross, is excited about the prospect of racing on the largest lake area in Belgium: “The mix of a world-class venue and world-class competitors from so many different countries has all the right ingredients for a memorable event. It is the home of the O2R Club, one of the biggest jet ski clubs in Europe with more than 200 members, and our Jetcross Grand Prix will launch three weeks of racing at the venue with a round of the Belgian National Championships and the IJSBA EuroTour following us.”

Belgium has produced some outstanding Jetcross riders and will be expected to perform well on home waters, but it is the Poret brothers – Jeremy, Mickael and Morgan – from France who head the Pro Ski JX1 championship standings after the opening two rounds in La Seyne-sur-Mer and Basse-Ham. Jeremy celebrated his first victory of the season in the inaugural P1 Jetcross Grand Prix of Europe on the River Moselle last month and now leads Mickael by 28 points at the top of the standings. Young Swiss rider Alec Enderli is just one point behind Morgan in fourth place, but five-time Jetcross champion Jeremy – who has confirmed that he will be riding the new Bullett V4 in Belgium,... maybe... – is very much the man to catch.

Currently in eighth place in the championship is leading Belgian rider Anthony Beernaut from Marche-en-Famenne, a unique city in the south of the country that renewed its town centre by making it car free. Anthony has made significant progress in the early rounds of this season’s championship and tipped by some to be a potential future champion. Being one of the organizers of the Jetcross Grand Prix of Belgium, he will be very much the local favourite.

There will be considerable interest in the unveiling of Spectrum Watercraft, indeed former Pro Ski Jetcross 2011 & 2017 Champion Valentin Dardillat, will be set the first official appearance of the Spectrum Evo1 model riding by Valentin and his teammate Yoann Tollemer back from a long injury period. Both of them will use different engine set up, a 1500cc Rotax for Valentin and a 1500cc Kawasaki for Yoann, showing the potential of this new hull, made in Europe.


Julien Bastien added: “I’m delighted to announce that Red Bull Belgium will be the official energy drink of the Grand Prix and to confirm that the race site will include a Yamaha dedicated pit area for the owners of EX and EXR WaveRunners competing in the new Yamaha EX/EXR Cup. Each event in the series will operate as a separate competition with trophies being presented on the final day of the race weekend.”


The P1 Jetcross Tour returns to France next month (July 20-21) when Vichy will host the penultimate round for the JX Grand Prix of France.