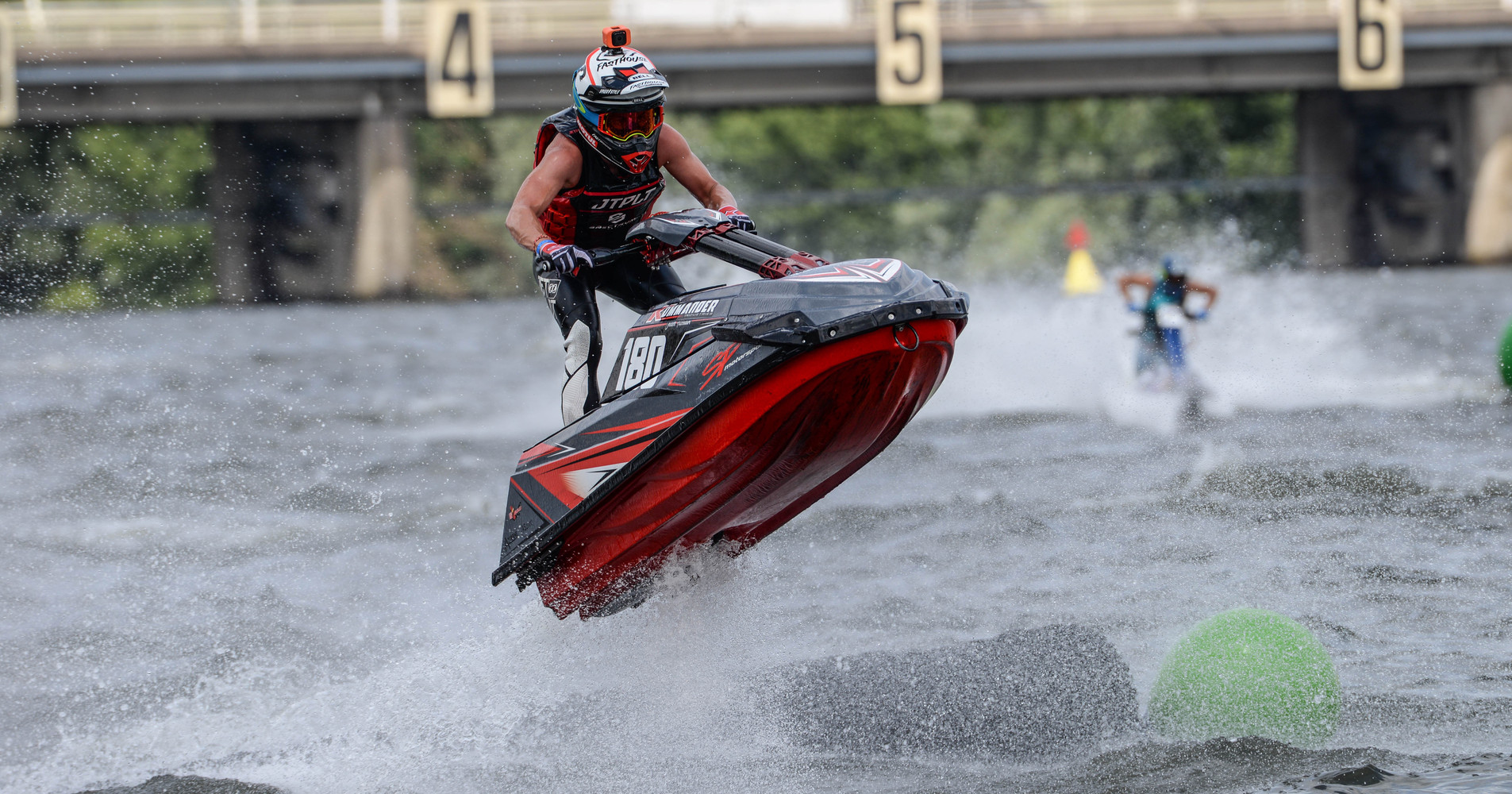 Valentin Dardillat is unbeatable in Vichy, 3 overall victory in a row for the Frenchman 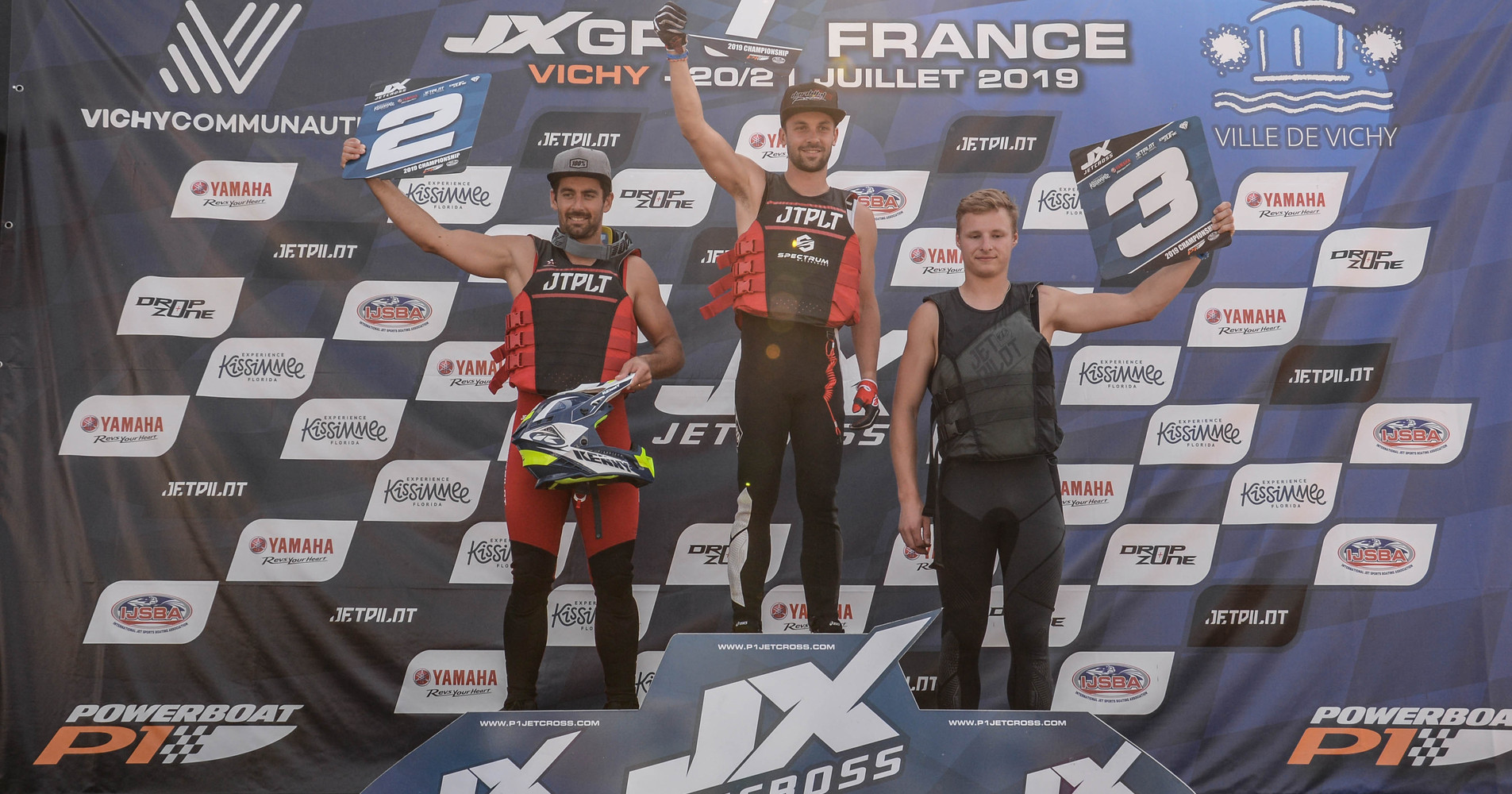 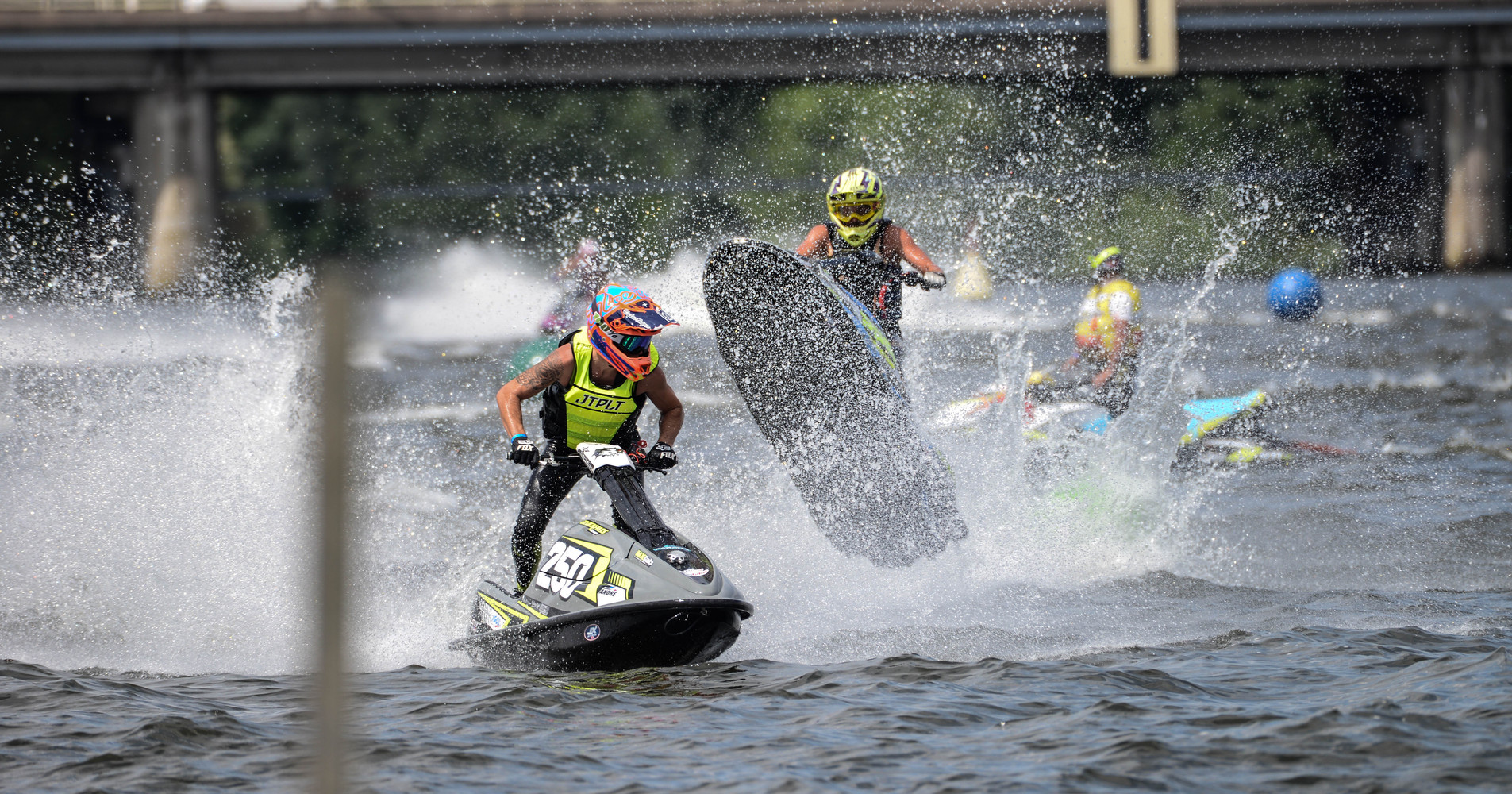 In Pro-Am Ski, Team Blockpass teammate Damien André and Remy Demichelis caught the top spot in Vichy with an overall victory for Demichelis

Alex Bourgeois made his way to the second place in Am Ski, but Dylan Lucht is the man who took the victory again 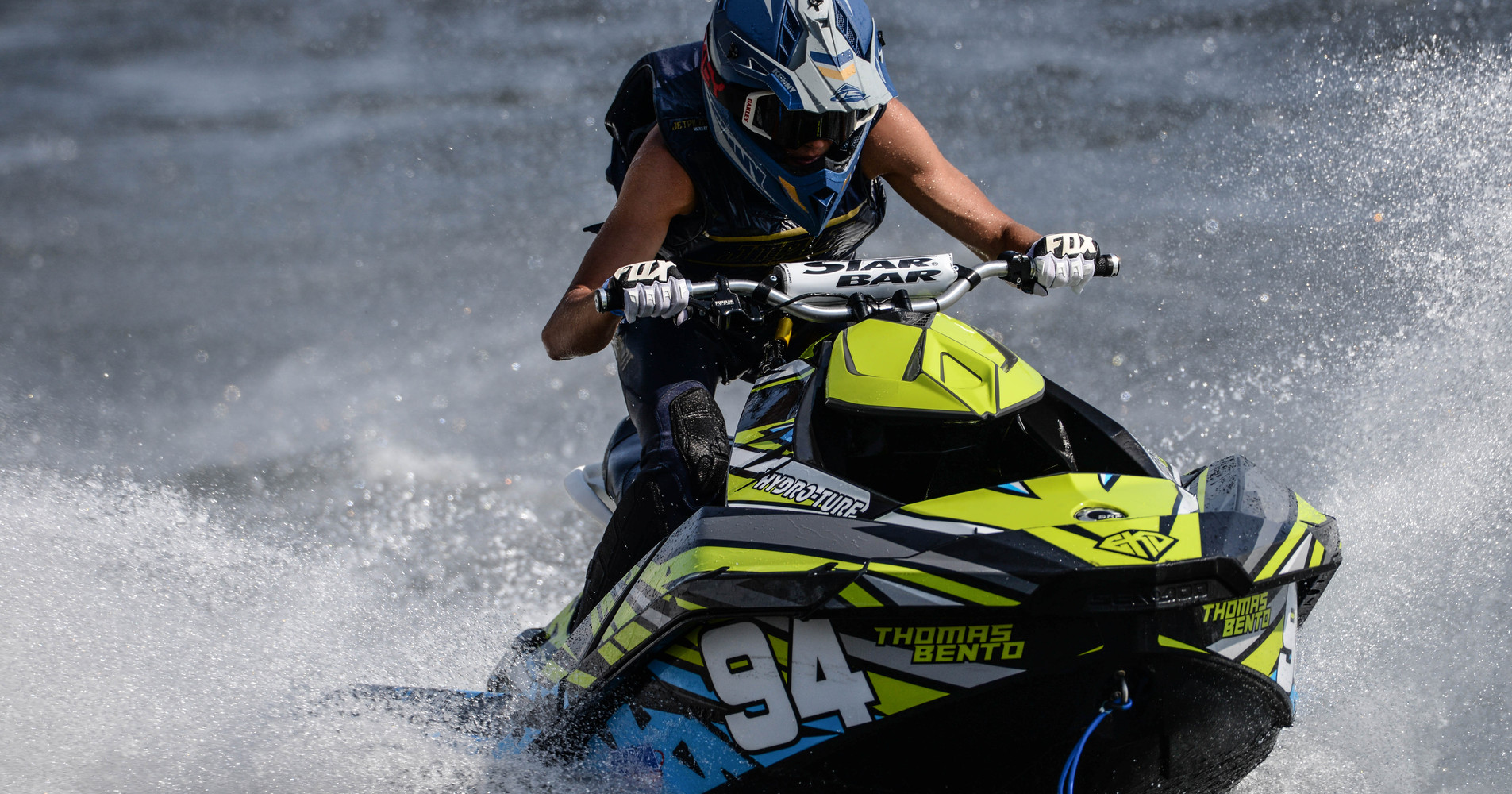 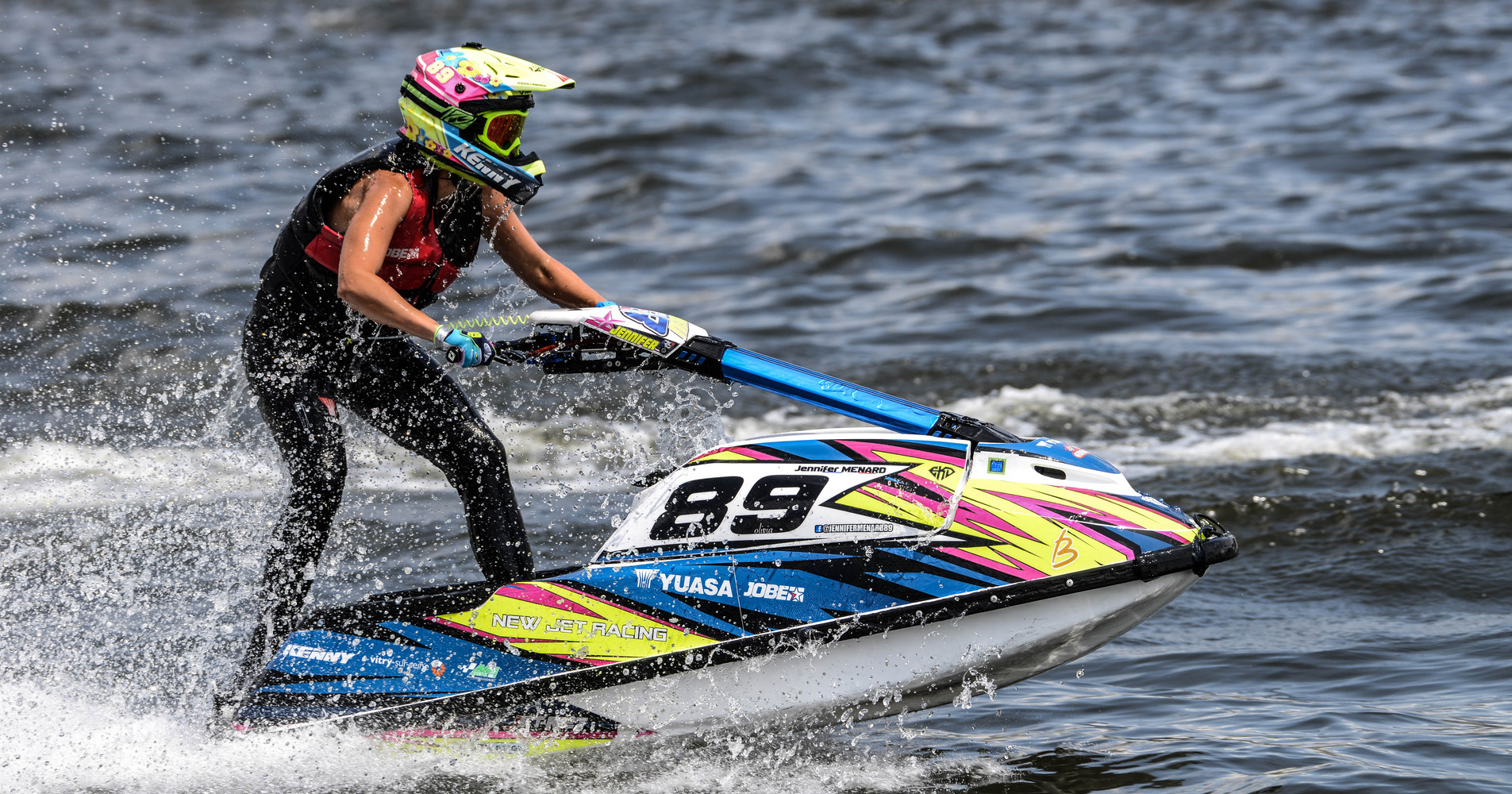 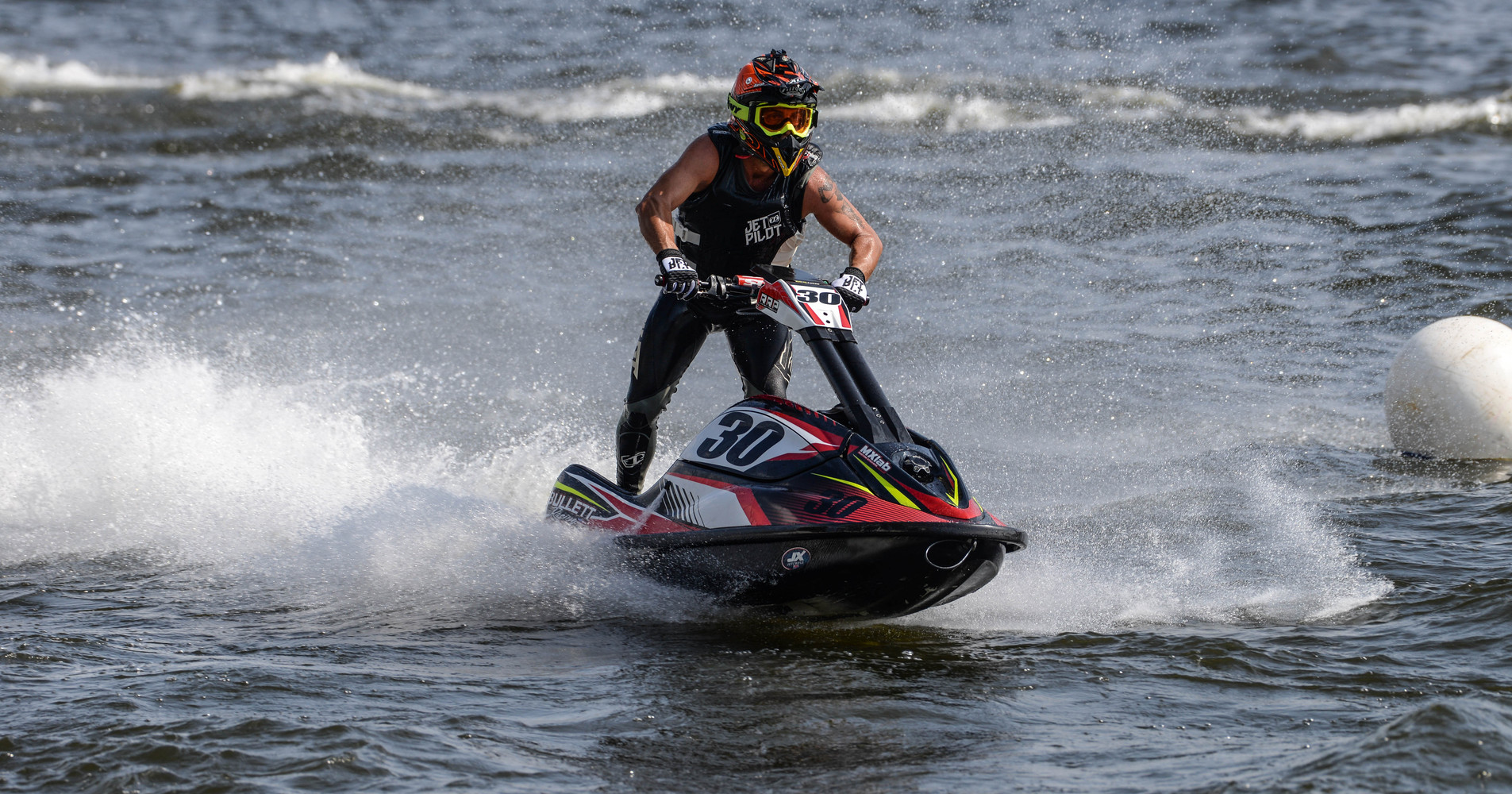 In Pro-Am Vet, Philippe Achard is going to claim the title in Le Bouveret despite a crash in Vichy with no insidence on the final result 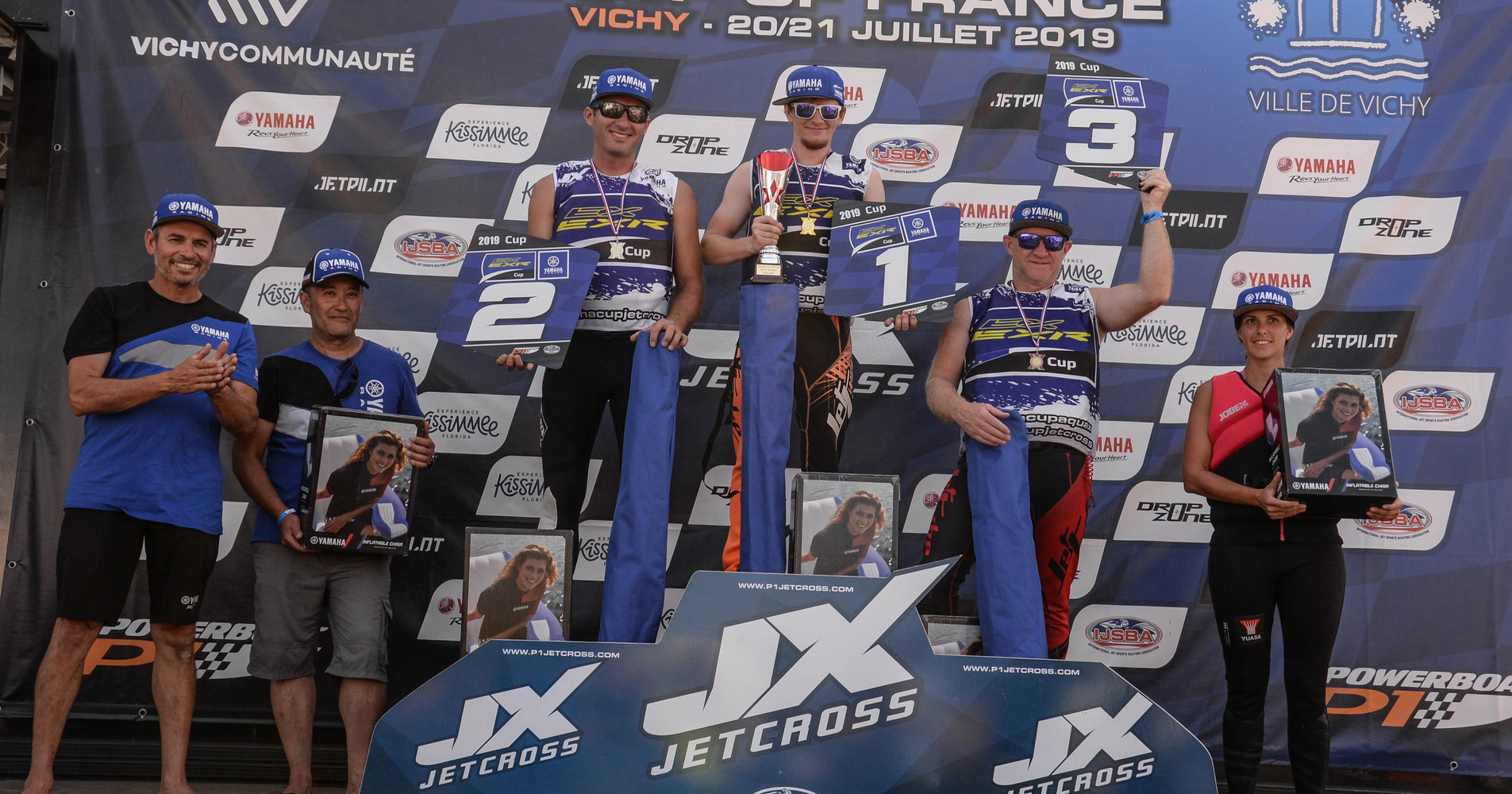 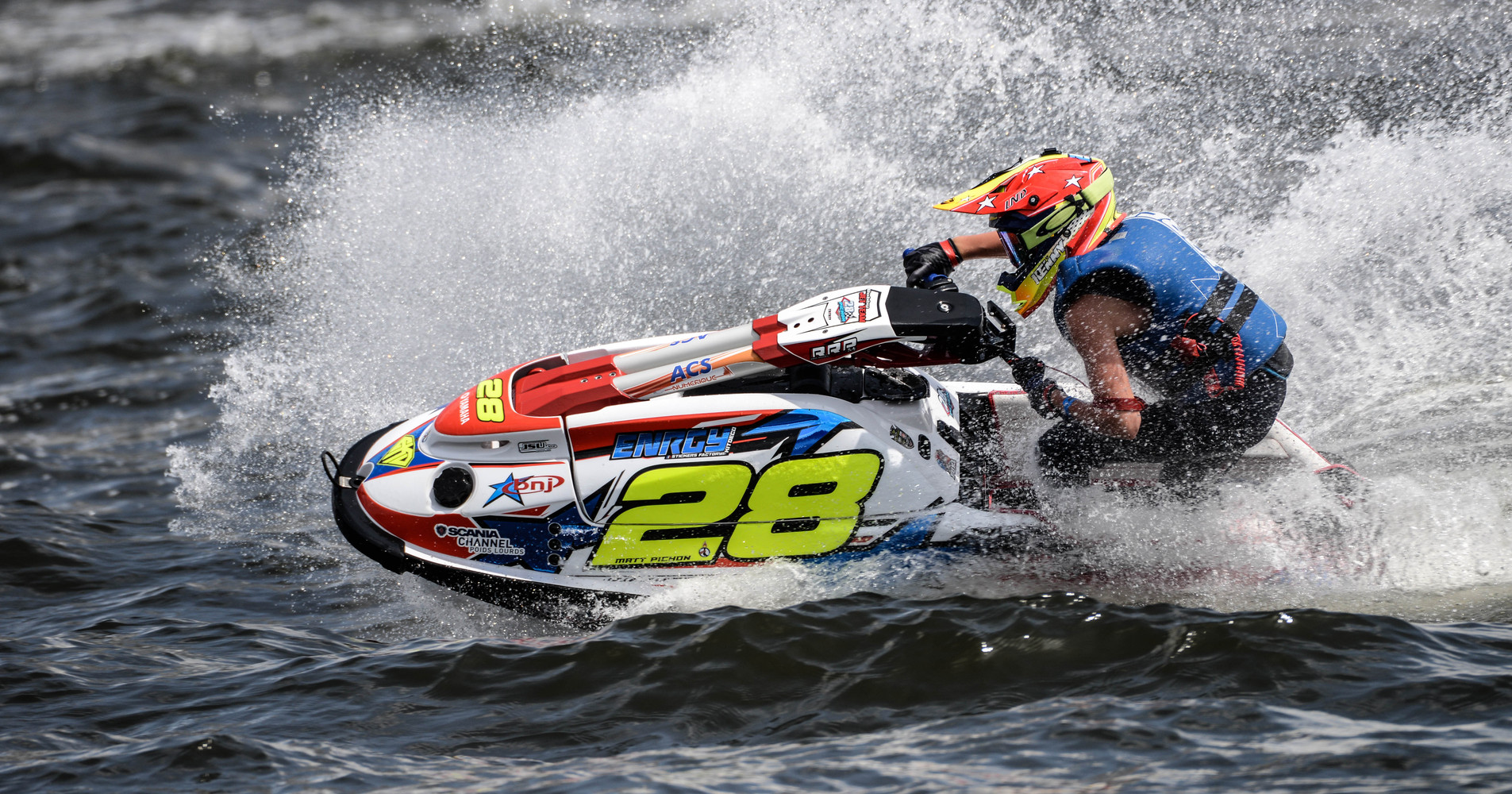 Mathéo Pichon from Calais, France is very fast and an other undeafeted race on the Allier river 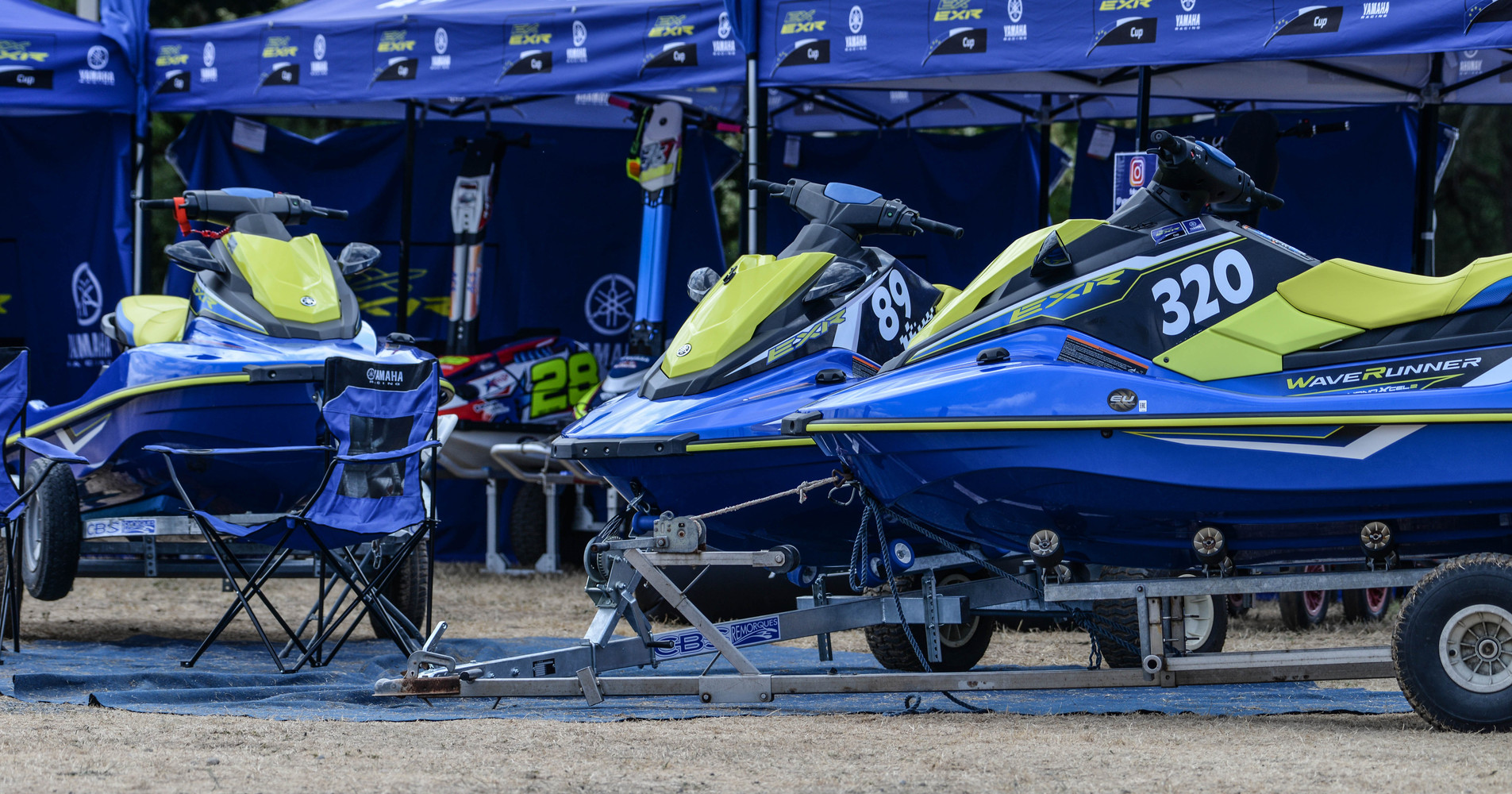 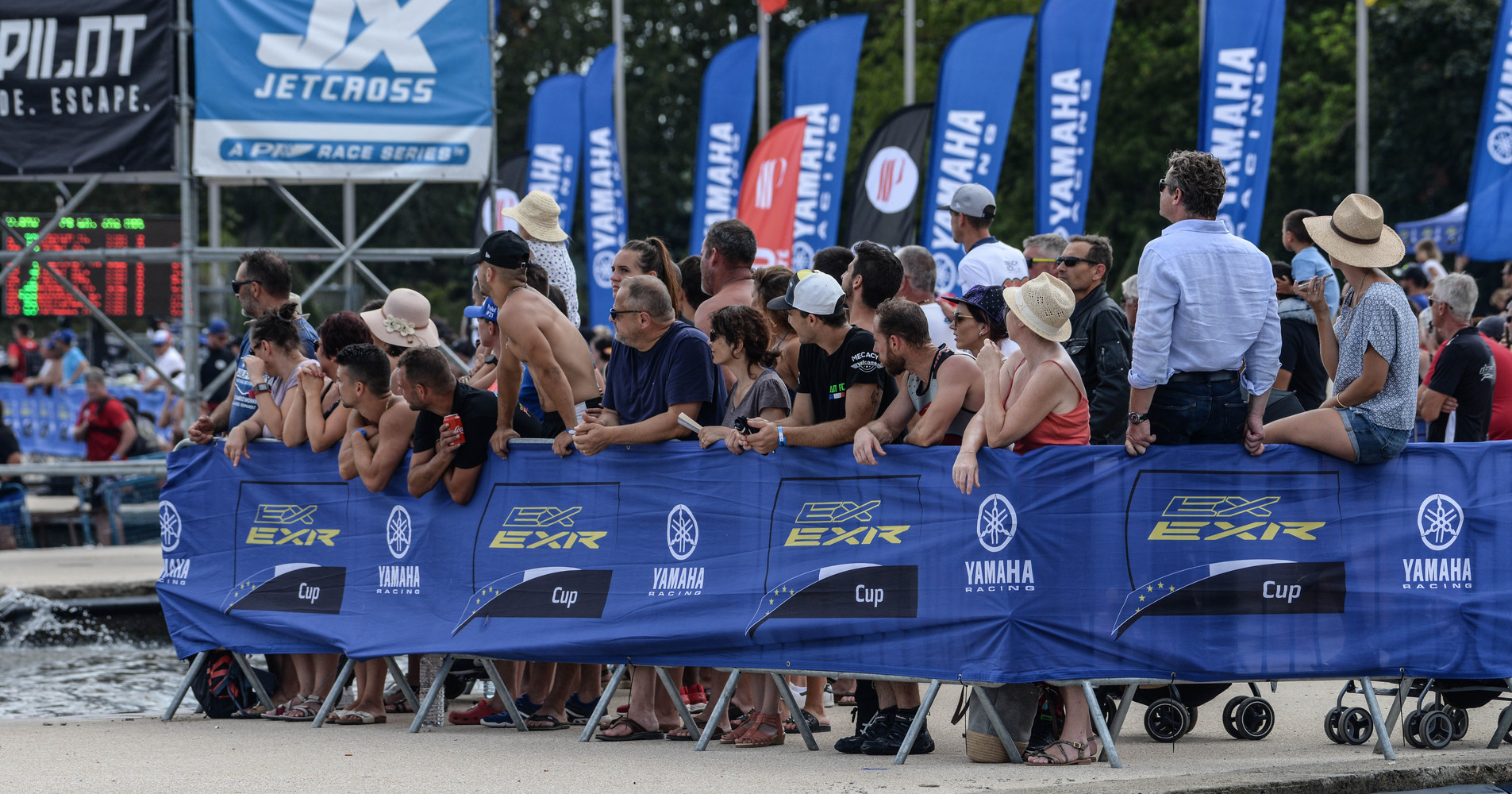 Lots of spectators attend the races as always in Vichy

Victory for Dardillat, three times in a row in Vichy 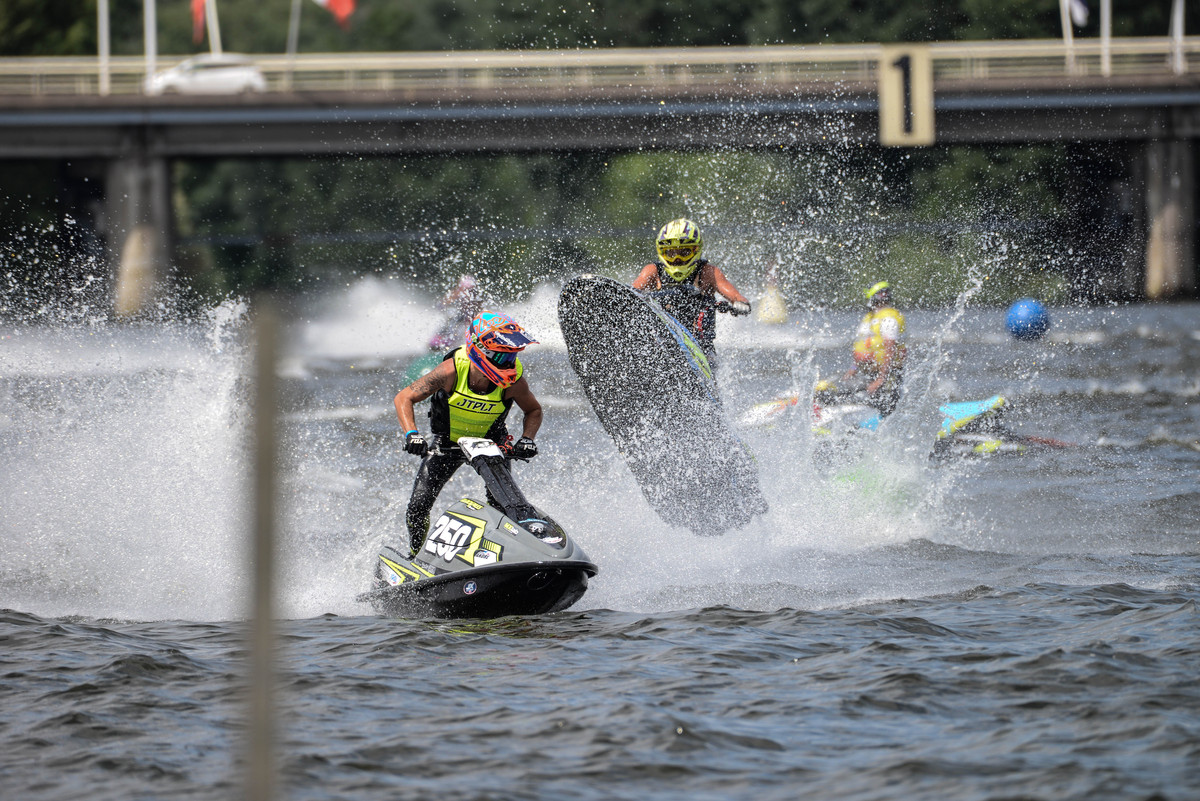 In Pro-Am Ski, Team Blockpass teammate Damien André and Remy Demichelis caught the top spot in Vichy with an overall victory for Demichelis 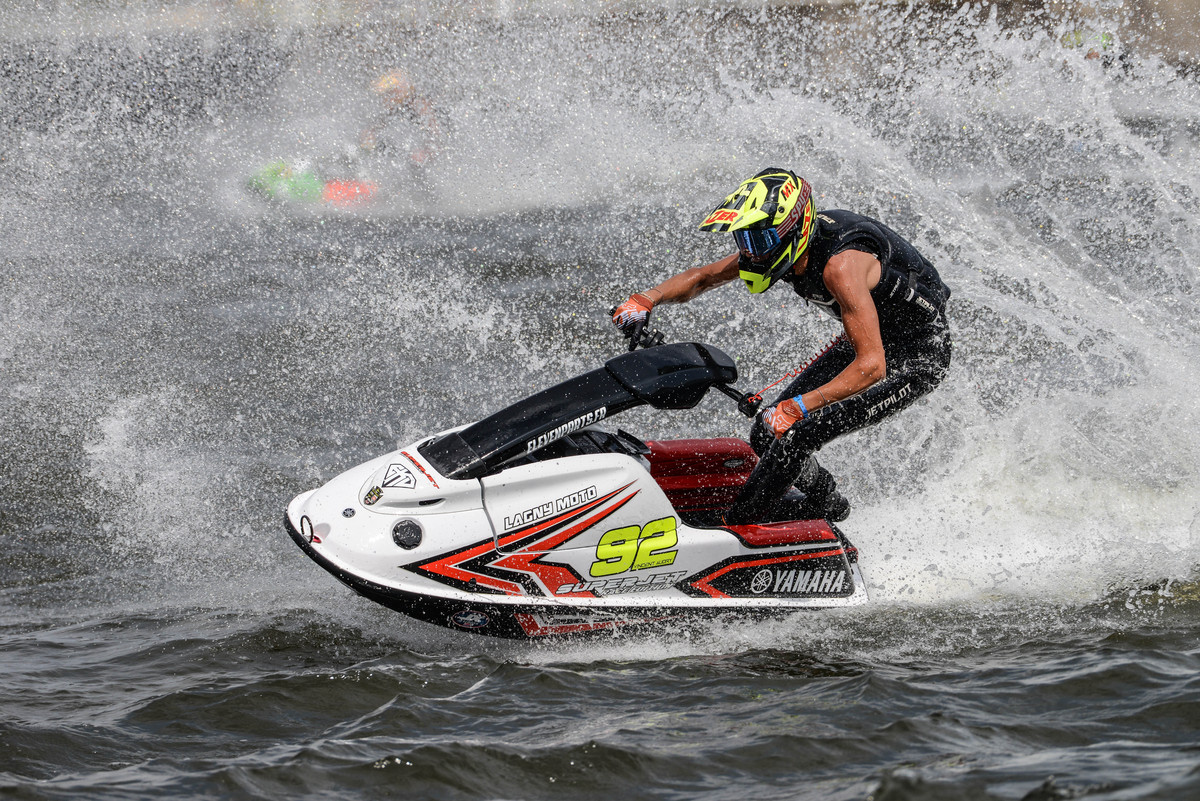 Alex Bourgeois made his way to the second place in Am Ski, but Dylan Lucht is the man who took the victory again 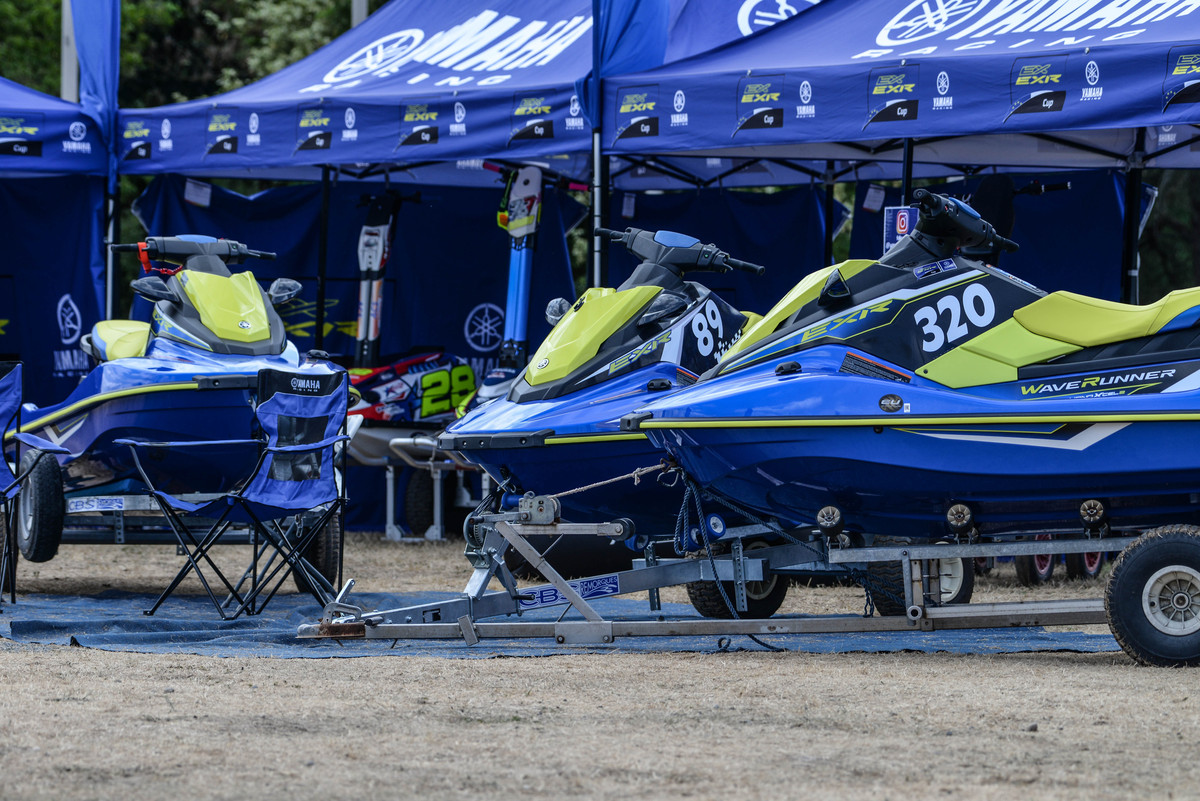 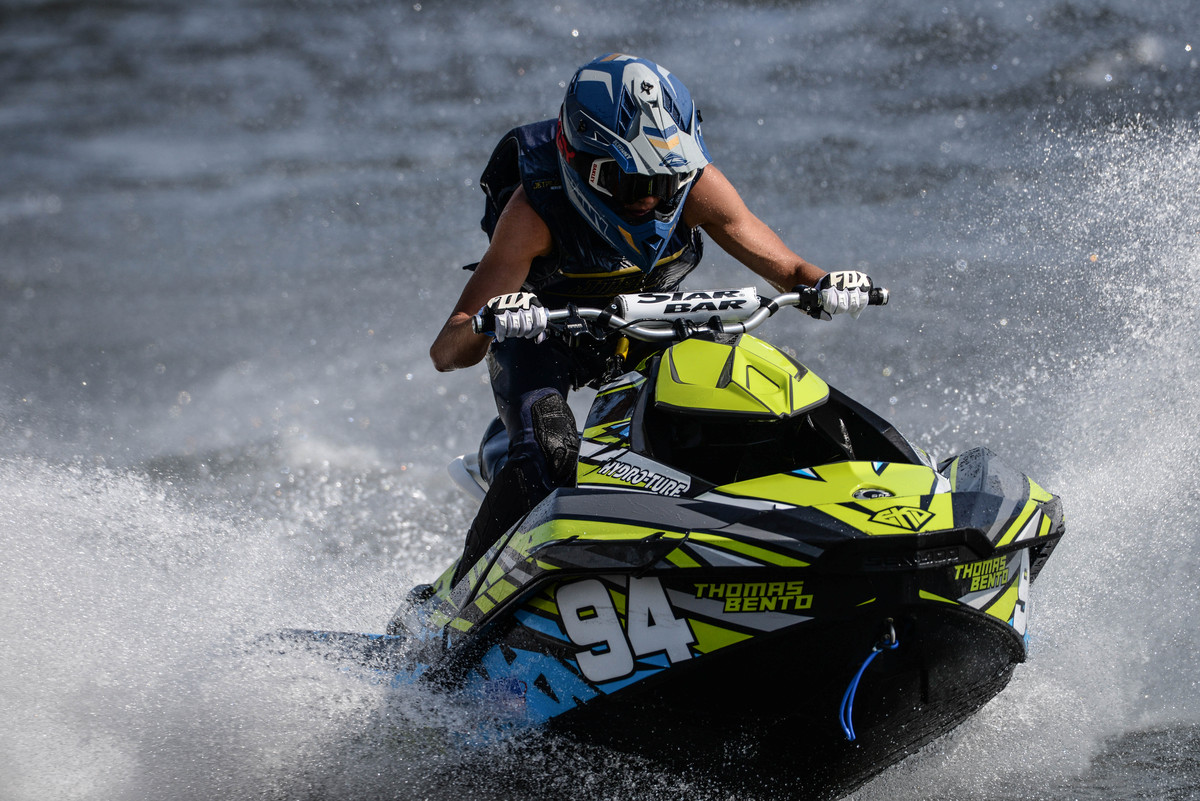 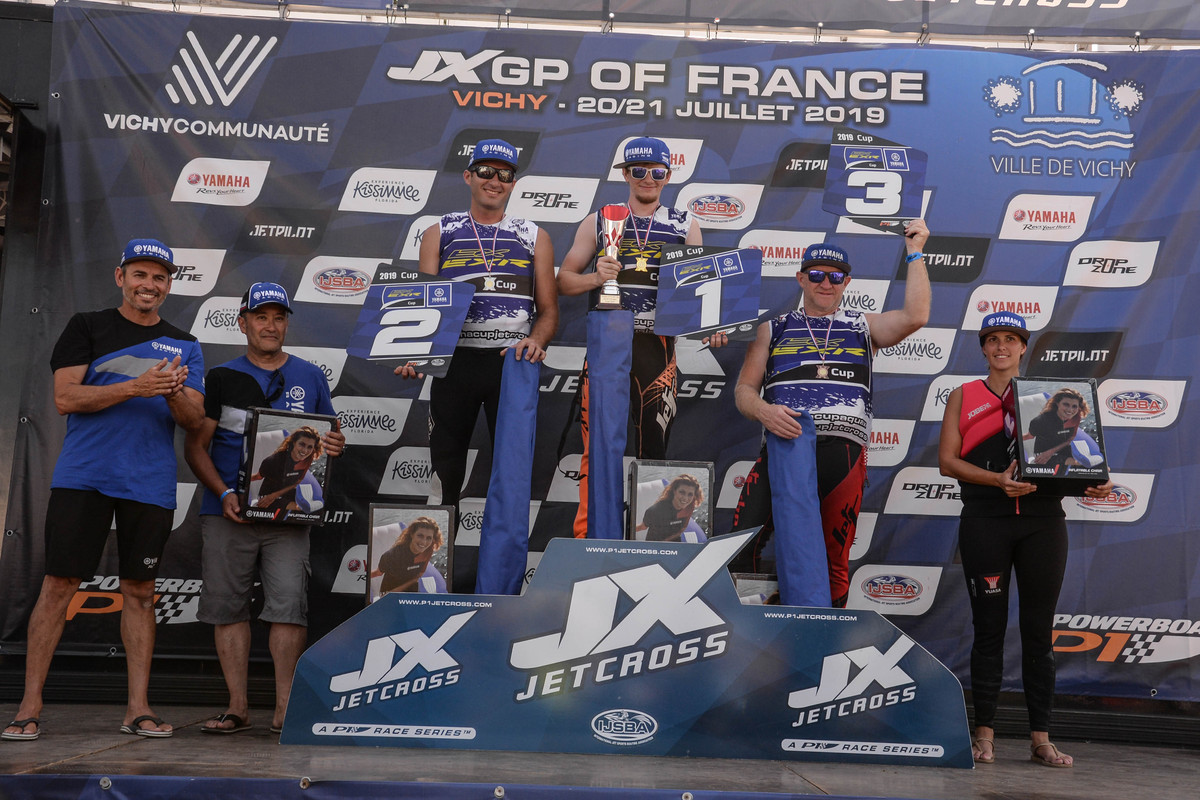 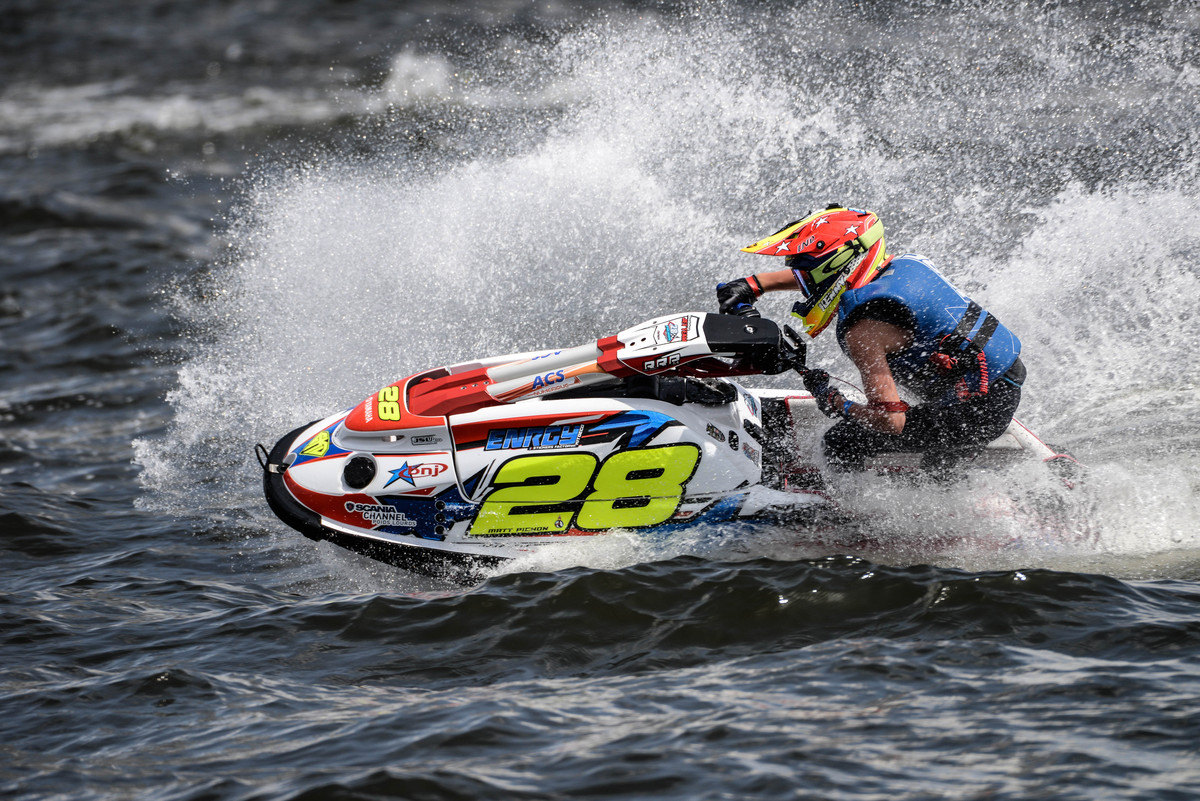 Mathéo Pichon from Calais, France is very fast and an other undeafeted race on the Allier river

More than 100 riders from 12 countries headed to central France at the weekend for the fourth round of the P1 Jetcross European Tour. This was the sixth time that Vichy, nestled on the banks of the River Allier, had hosted the Tour and the racing proved to be hugely competitive. The combination of a superb venue and an international field of world class riders had all the ingredients for a memorable weekend as temperatures climbed to 30 degrees.

The professional and amateur racers talk about Vichy being the hardest circuit they ever confront. “The race site just north of the city is one of the most attractive and yet challenging venues on the calendar, with riders taking on a 15-minute closed course of 37 race marks, 12 turns and two consecutive log jumps on the front straight” explains Julien Bastien, Head of P1 Jetcross. “The back wash from the river walls creates tough racing conditions and we have a saying in Jetcross that if you can win in Vichy you can win anywhere.”

Kawasaki rider Raphael Maurin went into the weekend full of confidence following his victory in the Jetcross Grand Prix of Belgium last month as he looked to close the gap on championship leader Jeremy Poret.

Different riders won the three races, with Frenchman Valentin Dardillat emerging as the overall winner thanks to his consistent performances. Anthony Beernaut and Jeremy Poret were the other race winners. There was drama in each race. In the opening encounter, Beernaut and both Morgan and Jeremy Poret suffered mechanical issues, and in the following race Raphael Maurin went down while leading the pack. The third race produced a battle involving seven riders, with Jeremy Poret coming out on top ahead of his younger brother.

It was a good weekend for Experience Kissimmee-sponsored rider Alec Enderli who finished on the podium for the second event in a row. He is now in second place in the championship standings behind teammate Jeremy Poret, with Raphael Maurin just five points adrift.

Check the result of round 4 - P1 Jetcross Tour Vichy, France for JX Grand Prix of France

Photos gallery of round 4 - P1 Jetcross Tour Vichy, France for the JX Grand Prix of France

The climax to the Tour at the end of August will see the riders head to Le Bouveret at the southernmost end of Lake Geneva close to the French border.